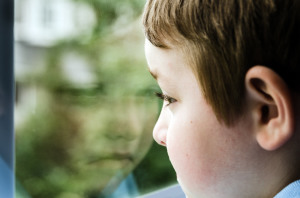 CASA was created in 1977 by Superior Court Judge David Soukup of Seattle, WA. Judge Soukup is quoted as saying” in criminal and civil cases, even though there were always many different points of view, you walked out of the courthouse at the end of the day and you said, ‘I’ve done my best; I can live with this decision. But when you’re involved with a child and you’re trying to decide what to do to facilitate that child’s growth into a mature and happy adult, you don’t feel like you have sufficient information to allow you to make the right decision. You can’t walk away and leave them at the courthouse at 4 o’clock. You wonder, ‘do I really know everything I should? Have I really been told all of the different things? Is this really right?”

To ensure he was getting all the facts and the long-term welfare of each child was being represented, the Seattle judge came up with an idea that would change America’s judicial procedure and the lives of over a million children. He obtained funding to recruit and train community volunteers to step into courtrooms on behalf of the children: Court Appointed Special Advocate (CASA) volunteers.

The Tennessee CASA association began in early 1986 when directors of local CASA agencies began to meet informally and to share ideas and concerns. Later in 1986, the Tennessee Legislature appropriated the first state money for CASA programs which helped strengthen the CASA network across the state.

In 1988, the Tennessee Bar Foundation through its IOLYA fund awarded grants to several CASA agencies in Tennessee. The time was right to form a state association and in 1988 the Tennessee Court Appointed Special Advocate Association was chartered as a 501(c)(3) nonprofit membership corporation.