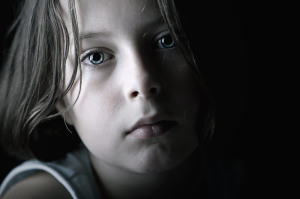 A Court Appointed Special Advocate (CASA) advocate that is appointed by a judge to represent the best interest of a child in court. Children helped by CASA advocates include those who have been removed from their homes due to abuse or neglect and those who find themselves without a caretaker due to the death or incapacitation or incarceration of their parents.

What is the role of the CASA advocate?

How does a CASA volunteer investigate a case?

In order to make a recommendation, the CASA advocate spends time with the child and talks with parents, other family members, and others such as teachers, doctors, counselors, etc. who are knowledgeable about the child’s history and circumstances. CASA advocate are given a court order granting them access to the professionals and their records.

How does a CASA advocate differ from a social service caseworker?

Social workers generally work for the state. They sometimes work on as many as 30 cases at one time! The CASA advocate has more time and a smaller caseload, typically no more than two cases at one time. The CASA advocate does not replace a social worker; rather they act as an independent appointee of the court. The CASA advocate can thoroughly examine a child’s case, has knowledge of community resources, and can make a recommendation to the court, independent of state agency restrictions. CASA does not provide direct services such as transportation but can assist families in locating these resources.

How does the role of a CASA advocate differ from an attorney?

Is there a “typical” CASA advocate?

CASA advocates are citizens from all walks of life, representing a variety of professional, educational, and ethnic backgrounds. There are more than 70,000 advocates across the country. Local programs vary in the number of a they utildvocates ize. Aside from their CASA a work, 85% are employed in regular, full-time jobs. CASA work is very flexible, so it is appealing to busy people who need volunteer work to fit into their schedules.

What training does a CASA advocate receive?

CASA advocate undergo multilevel screening which include; 30 hour training course conducted by the local CASA program. Advocates learn about courtroom procedure from the professions in the system – judges, attorneys, social workers, court personnel, and others. CASA volunteer learn effective advocacy techniques for children and are educated about specific topics, ranging from seminars on child sexual abuse to discussions on early childhood development and adolescent behavior.

Yes. Juvenile and family court judges implement the CASA program in their courtrooms and appoint the advocates. CASA has been endorsed by the American Bar Association, the National Council of Juvenile and Family Court Judges, and the National Association of Public Child Welfare Administrators.

How many CASA programs are there?

Since its creation in 1977, CASA has had a dramatic impact on the nation’s court system. There are over 900 + CASA programs across all 50 states.

How effective have CASA programs been?

Preliminary findings show that children who have been assigned CASA advocates tend to spend less time in court and less time within the foster care system than those without CASA representation do. Judges have observed that CASA children also have a better chance of finding permanent homes.

How much time does it require to be a advocate?

Each case is different. A CASA advocate usually spends about 10 hours doing research and conducting interviews prior to the first court appearance. More complicated cases take longer. Once initiated into the system, volunteers work about 10 hours per month.